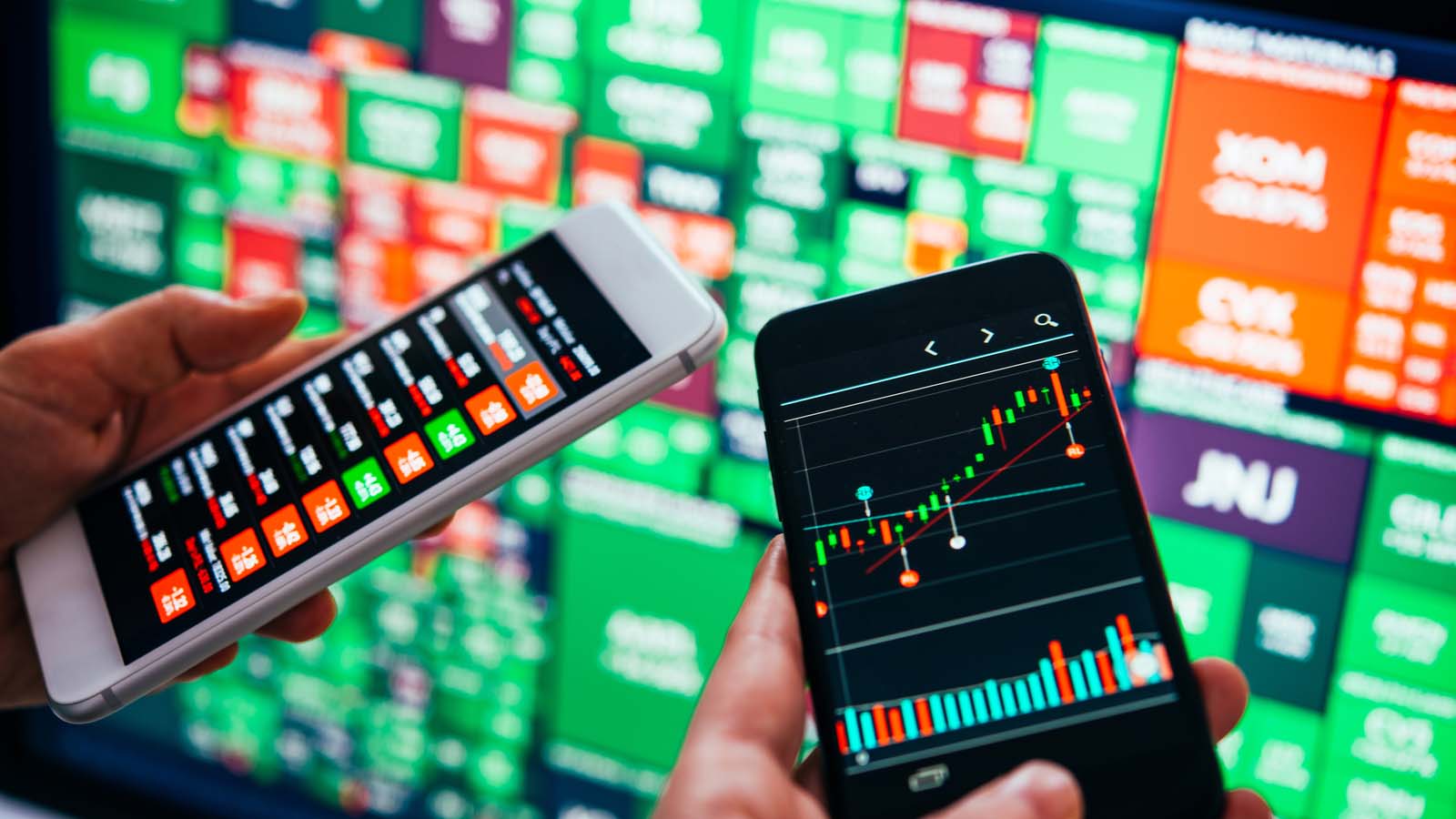 With ample liquidity in the financial system, 2021 has been a banner year for wealth creation. Be it equities or cryptocurrency, multifold returns over just a few months or even weeks have been frequent.

Of course, there have been speculative stocks to buy among the top performers. However, I prefer to focus on non-speculative stories that can deliver robust returns.

A good example in 2021 has been Marathon Digital (NASDAQ:MARA). With wider acceptance of cryptocurrencies and rising Bitcoin price, the company focused on aggressive mining expansion and its stock has surged by 430% year-to-date. Lucid Group (NASDAQ:LCID) stock is similarly higher by 350% for the year as the company starts deliveries of its first electric vehicle.

Intermediate market corrections are always healthy. However, I believe that positive sentiment is likely to sustain for the markets. I will not be surprised if dozens of stocks deliver multi-fold returns in 2022.

Here are 7 solid stocks to buy for multifold returns in 2022:

While there are several attractive investment themes, I am overweight on cryptocurrency related stocks in this discussion. Even with the recent correction in cryptocurrencies, the medium-term outlook is bullish.

It took only one trading session for RBLX stock to surge from $77 to new highs of $110. I believe that RBLX is likely to be among the hot stocks for 2022. Roblox is a favored name among metaverse stocks, which will be a key investment theme in the coming year.

For Q2 2021, Roblox reported revenue growth of 102% to $509.3 million. Over the same period, the company’s free cash flow was $170.6 million. Considering its robust growth trajectory, Roblox is a potential cash flow machine.

It’s also worth noting that as of Q3 2021, the company reported $1.9 billion in cash and equivalents. Additionally, Roblox raised proceeds of $1.0 billion from a recent senior note offering. The company therefore has a strong buffer for international expansion.

From an industry perspective, the metaverse market was worth $47.7 billion in 2020. Through 2028, the market is likely to grow at a CAGR of 43.3%. Clearly, Roblox has a big addressable market and revenue growth will sustain in the coming years.

In the past 12-months, Tesla (NASDAQ:TSLA) has surged by over 150%. During the same period, Nio stock has declined 12%. Even with strong quarterly numbers, Nio stock remains depressed.

A key reason is broader negative sentiment toward Chinese stocks. Plus Nio has pursued equity dilution, which has kept the stock sideways. However, a strong break-out rally is likely and Nio stock might be an outperformer in 2022.

One reason to be bullish on Nio stock is the launch of new models. The company plans to launch three new electric vehicles in 2022 based on its Nio Technology Platform 2.0. The new model launch will ensure vehicle delivery growth remains robust.

Another reason to be bullish on Nio is international expansion. The company has already launched in Norway and it’s likely to enter more European markets in 2022.

It’s worth noting that as of Q3 2021, Nio reported $7.3 billion in cash and equivalents. Therefore, there is ample financial flexibility for investment towards international expansion and new product innovation.

Overall, the electric vehicle industry has a multiyear tailwind and Nio is among the top stocks to buy.

Over a 12-month period, Marathon Digital has surged by over 3,200%. During the same period, RIOT stock trended higher by 1,100%. Both companies have aggressive mining expansion plans and Riot stock looks attractive on a relative basis.

In terms of expansion, Riot currently has a hashing capacity of 2.2EH/s; in the coming year, the company expects to expand hashing capacity to 7.7EH/s. That’s a more than three-folds increase in mining capacity, so Riot is positioned for strong growth in 2022.

Just to put things into perspective, Riot reported EBITDA of $28.8 million for Q2 2021, with a hashing capacity of 2.07EH/s. Coupling upside in Bitcoin with growth in hashing capacity, the company is positioned for quarterly EBITDA in excess of $100 million by Q4 2022.

As the number of Bitcoin on the company’s balance sheet increases, the company will have the financial flexibility to pursue further growth.

Overall, the best part of the rally for RIOT stock might still be due. If the overall sentiment remains positive for cryptocurrencies, the stock is poised to deliver multi-fold returns from current levels.

I strongly believe that 2022 will be another big year for cryptocurrencies. Wider adoption continues and will support crypto prices heading higher. At the same time, inflation remains a concern and Bitcoin is increasingly considered an effective hedge given the limited supply of BTC-USD.

For Q3 2021, Argo Blockchain mined 597 Bitcoin and Bitcoin equivalents. As a result, the company increased its total Bitcoin holdings to 1,836.

In September 2021, the company also ordered 20,000 Bitmain Antminer S19J Pro machines. For Q3 2021, the company’s hash rate capacity was 1.075 ex-hash. With this acquisition, the capacity is expected to increase to 3.7 ex-hash by Q2 2022. Therefore, there is clear growth visibility for the Argo.

It’s also worth noting that the company recently pursued a senior note offering of $40 million. Proceeds from the offering are likely to be used for purchase of mining machines. Additionally, the company will pursue “complementary businesses in the cryptocurrency and blockchain technology industries.”

It therefore seems very likely that Argo Blockchain will diversify beyond  mining in  coming years. With emerging use cases in the cryptocurrency industry, there is ample scope for long-term growth.

In the last month, HIVE stock surged by nearly 50%, no surprise given the rally in Bitcoin and Ethereum. I believe that HIVE stock has more juice for the next few quarters.

I would consider Hive Blockchain a diversified company involved in the mining of Bitcoin and Ethereum. Through the acquisition of miners, the company has been accelerating revenue growth.

However, the best part of growth is yet to come. For the fiscal year ended March 2021, Hive reported revenue of $66.7 million. On a year-over-year basis, revenue surged by 128%.

However, with the deployment of more miners, the company is on-track for revenue in excess of $200 million. This is likely to keep  stock sentiment positive.

It’s also worth noting that for Q4 2021, the company reported mining income of $33.4 million and gross mining margin of $27.7 million. Considering the uptrend in Bitcoin and Ethereum, it seems likely that margins will remain robust.

The sentiment remains positive for oil, with Bank of America (NYSE:BAC) expecting crude to touch $100 per barrel in a colder-than-usual winter scenario. Oil and gas stocks have therefore remained firm.

BORR stock traded at lows of 57 cents in August 2021. Currently, the stock has more than doubled to $1.30. It seems that the rally is likely to sustain considering the outlook for oil.

As an overview, Borr Drilling is an offshore drilling rig services company. The company has 17 operational rigs with six of those available for contracting and an additional five rigs under construction.

There are two reasons to be bullish in terms of revenue and EBITDA.

First, the idle rigs are likely to be contracted should market conditions remain positive. At the same time, new rigs will add to the revenue upside potential.

Furthermore, with favorable market conditions, it’s likely that the day-rates will continue to trend higher. This will translate into EBITDA margin expansion in 2022 and beyond.

As a matter of fact, Borr Drilling turned adjusted EBITDA positive in Q2 2021. For the most recent quarter, adjusted EBITDA  accelerated to $20 million. This implies a more than fivefold growth in EBITDA on a quarterly basis.

SNDL stock is another notable name among penny stocks that can deliver multifold returns in 2022. Investors should know that after an extended period of sideways to lower movement, SNDL stock is already on a breakout.

The catalyst for the recent rally was strong numbers for Q3 2021. Sundial also announced a share buyback program. For the quarter, Sundial reported $14.4 million in revenue and $10.5 million in adjusted EBITDA.

A key to strong EBITDA is the company’s investment operations. Sundial has already invested $489 million and expects investment income in excess of $20 million for 2021.

Further, the company has $571 million in cash to be deployed for investments and potential acquisitions. As the cannabis industry grows, Sundial is well positioned for sustained upside in investment income.

Another point to note is that the company already has the largest cannabis retail network in Canada. The company’s own cannabis brands are likely to witness growth with more retail visibility.

In terms of stock price action, Sundial recently announced a share buyback program of 100 million Canadian dollars. This is likely to support the upside in the coming months.

On the date of publication, Faisal Humayun did not have (either directly or indirectly) any positions in any of the securities mentioned in this article. The opinions expressed in this article are those of the writer, subject to the InvestorPlace.com Publishing Guidelines.

Faisal Humayun is a senior research analyst with 12 years of industry experience in the field of credit research, equity research and financial modelling. Faisal has authored over 1,500 stock specific articles with focus on the technology, energy and commodities sector.

Avoid Rivian Stock Before and After Earnings
7 Short-Term Stocks to Buy for a Quick Profit
5 Regional Bank Earnings Charts to Watch Next Week
Stocks making the biggest moves in the premarket: Palantir, Signify Health, Global Blood Therapeutics and more
7 Stocks to Buy and Hold Forever