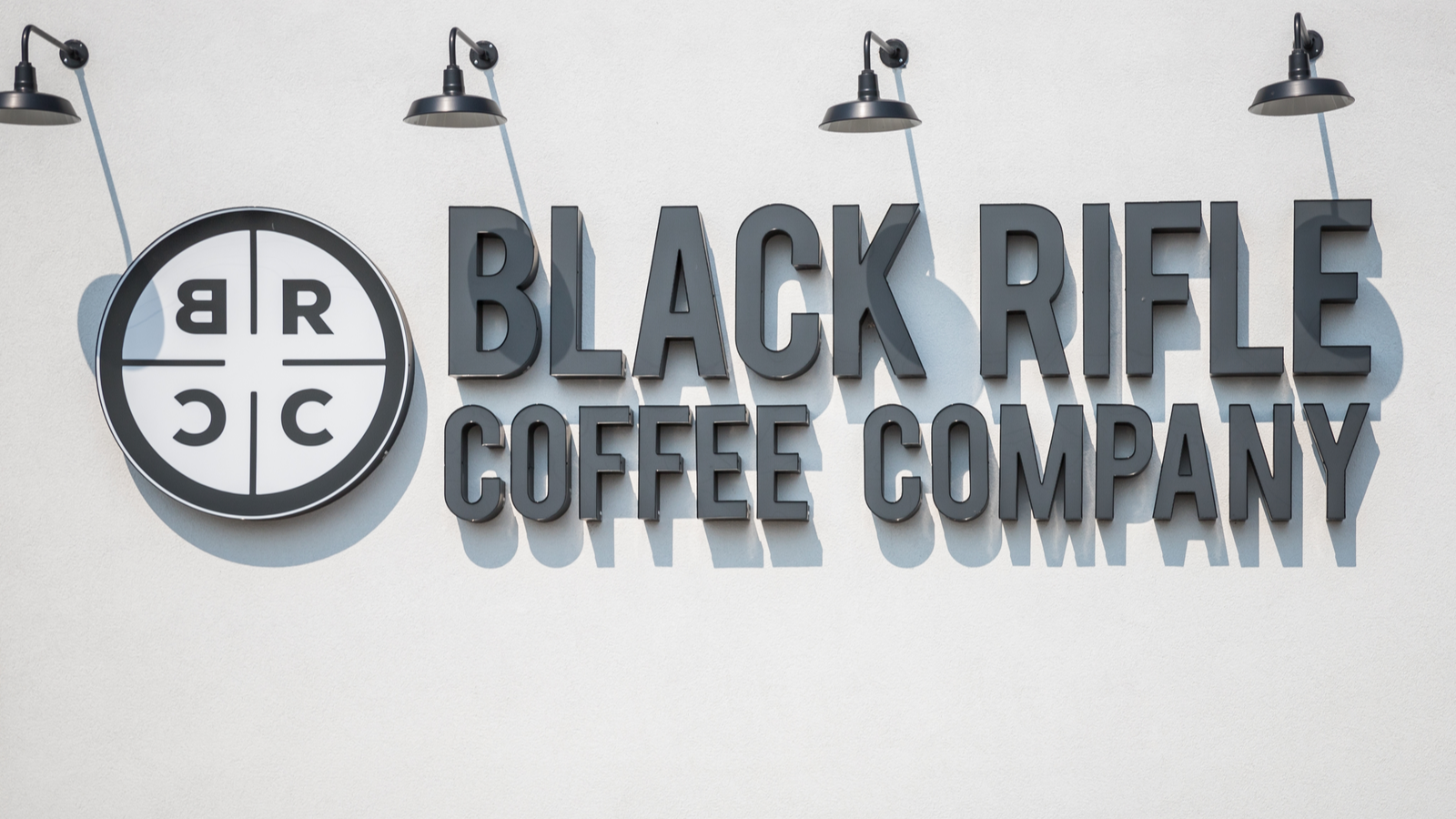 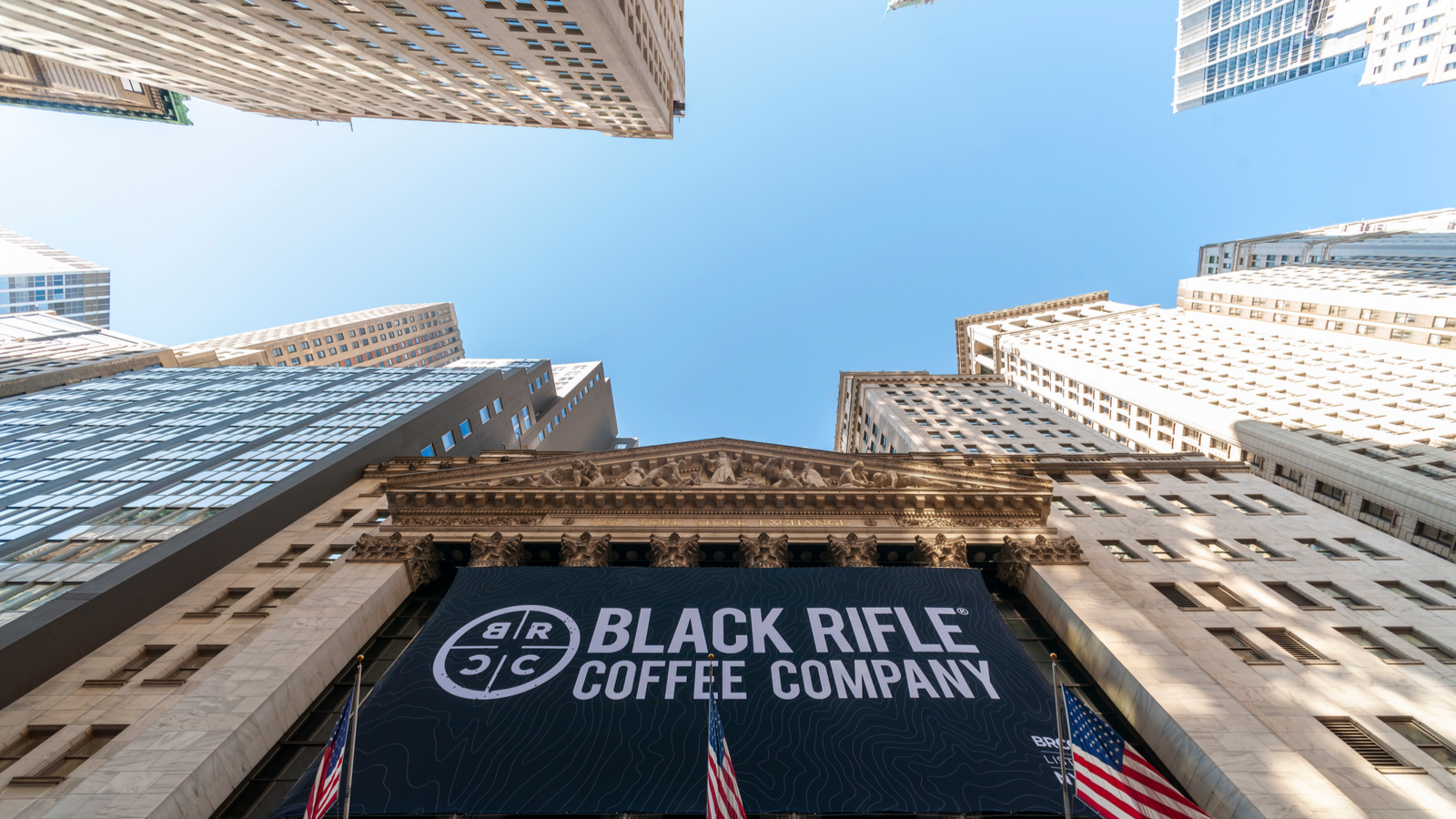 I called Black Rifle Coffee (NASDAQ:BRCC) a “red state Starbucks (NASDAQ:SBUX)” in March and the company has tried to be just that.

But it took Starbucks decades to develop into the 10,000 store chain it has become. Trying to go too far down that road too fast is costing Black Rifle.

BRCC stock stock is now down 40% from when my story came out. After an operating cash flow loss of $32.6 million for the quarter, Black Rifle had just $110 million of cash on its books. A secondary offering in May was designed to give it a longer cash runway.

Some of what look like financial problems could be accounted for by the markets. Non-operating losses came in at $240 million, mainly from earn-out liability, the value of warrants, and derivatives. Black Rifle only came public Feb. 10. The timing was not auspicious.

But there are deeper problems, as our Stavros Georgiadis reported when the numbers came out. Gross margins were down. There was an operating loss of $15.8 million. At its first quarter loss rate, Black Rifle didn’t have enough cash to last another year.

Losses also attract lawyers. Black Rifle has been hit by a breach of contract suit from an investment firm that couldn’t exercise its warrants.  The secondary offering this month drew a lawsuit charging it let insiders get out while keeping public shareholders in. Shares dropped 20% after the offering, because of the dilution.

The media is not helping Black Rifle cool its ambitions.

A New York Times feature, despairing of political pressures on business, began with the fantasy of Black Rifle matching Starbucks in size 20 years from now.

That’s not going to happen if Black Rifle can’t stay in business through 2023. Black Rifle continues to expand rapidly, with three stores around San Antonio and a new shop in Woodstock, Georgia.

Perhaps the most promising recent news from the company is its bid to enter Tejano culture, producing the video of a Mexican rapper.  A broader market appeal could mean a broader market.

As a result, BRCC stock retains some fans. There are still three buyers at Tipranks, out of eight analysts. Our Will Ashworth likes the stock more near its current level than he did before, despite its share dilution. Louis Navillier also sees Black Rifle as a promising growth story.

The Bottom Line on BRCC Stock

I’m from Missouri when it comes to Black Rifle. I want it to show me some profit before I place a bet on it.

The company’s earliest locations, near military bases, made some strategic sense. Military ties endure. Building in suburbs just because of their politics makes less sense. Politics is subject to change.

Black Rifle won’t report results again until August, so investors will only be able to guess at management behavior until then. Will they focus on operations, and deliver a profit for the second quarter, or will they bleed out more cash? Will they use the proceeds from the secondary offering wisely? Can they expand their market, so it represents culture, going beyond the politics of the moment?

I don’t know the answer to any of these questions and, right now, there are more compelling propositions looking for my investment.

On the date of publication, Dana Blankenhorn held no positions in stories mentioned in this article. The opinions expressed in this article are those of the writer, subject to the InvestorPlace.com Publishing Guidelines.

Dana Blankenhorn has been a financial and technology journalist since 1978. He is the author of Technology’s Big Bang: Yesterday, Today and Tomorrow with Moore’s Law, available at the Amazon Kindle store. Write him at danablankenhorn@gmail.com, tweet him at @danablankenhorn, or subscribe to his Substack.

7 Cheap Retirement Stocks to Buy Right Now
Just Say No to GameStop Stock, Even as it Holds Steady
Nvidia Is Still in Growth Mode and Could Be Nearing a Bottom
Biden’s Proposals to Fight Emergencies and Climate Change
Stocks making the biggest moves midday: Nike, Las Vegas Sands, Boston Beer and more