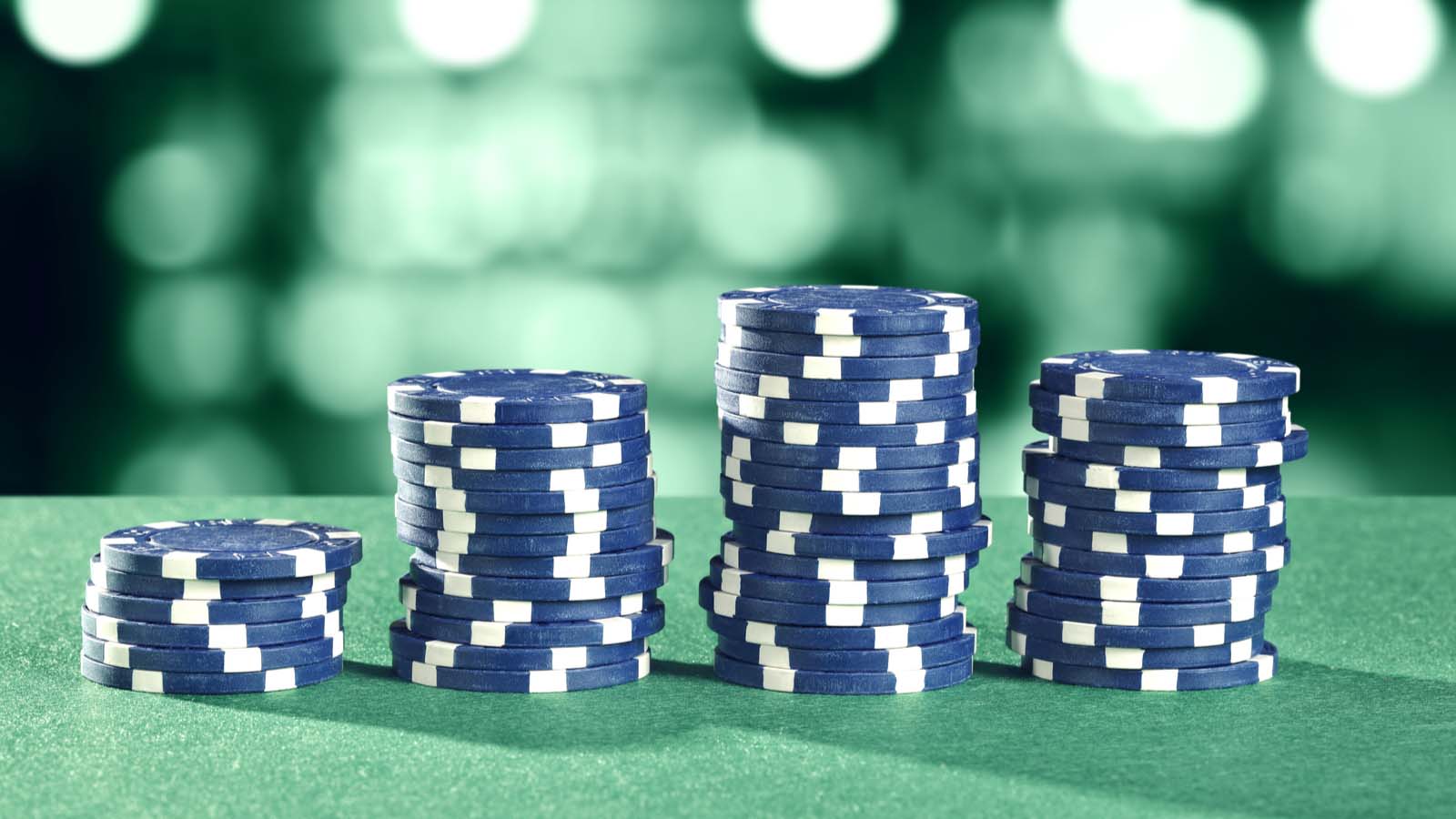 With Federal Reserve chair Jerome Powell effectively setting the stage for a challenging environment in the equities sector, investors ought to consider the most relevant blue-chip stock picks to beat the September market slump. As well, it’s not just Powell creating rumblings in the investment space. Several factors, including geopolitical dynamics, present ambiguous waters to navigate.

Primarily, the Fed chair’s commitment to a hawkish monetary policy implies a deflationary ecosystem ahead. In fact, after purchasing power eroded significantly in the first half of this year, currency strength gained between June and July. It’s a small lift, to be sure. However, it represents a fundamental shift from wildly inflationary trends.

Unfortunately, monetary policy only represents a partial concern for investors. They must also factor in current events such as the developments of Russia’s invasion of Ukraine. Even climate change and the associated heat wave that impacted millions of Americans can influence the equities sector.

With so many troubles to deal with, it’s best to consider exposure to blue-chip stock picks. After all, these tend to be the most reliable offerings.

The narrative for Exxon Mobil (NYSE:XOM) as one of the best blue-chip stock picks mainly comes down to geopolitics. Recently, Russia made the decision to cut off the Nord Stream 1 pipeline. According to PBS, this action translates to shipments falling 89% from a year ago. “Russia used to supply 40% of Europe’s natural gas, and even more to Germany, where inexpensive energy was a pillar of the economy,” the publication stated.

Currently, XOM has gained nearly 54% on a year-to-date basis. I expect the figure to rise, particularly as the harsh European winter is on the horizon.

Like Exxon Mobil above, midstream operator Kinder Morgan (NYSE:KMI) will likely be among the blue-chip stock picks to benefit from the geopolitical flashpoint. While Russia’s invasion of Ukraine and the subsequent back-and-forth sanctions between several countries and Moscow don’t directly impact Kinder Morgan, the conflict effectively removes a large chunk of global energy supplies.

Again, from long-tested economic deductions, fewer supplies of critical resources lead to greater demand. So, just from pure cynicism, KMI is one of the best blue-chip stock picks to consider.

Another factor that could bolster Kinder Morgan is the broader return to normal. Over the last several months, a debate materialized between employers and employees. The former generally wants the latter to return to the office, while many workers prefer remote operations. However, a recession could result in an attitude adjustment among employees who are hesitant to return.

Therefore, it’s possible that vehicle miles traveled could rise. If that’s the case, KMI is definitely one of the blue-chip stock picks to keep on your radar. 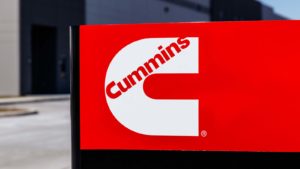 Climate change may be a contentious issue, so I’m just going to refer to the federal government’s stance. To summarize, those tasked to monitor the Earth note several worrying trends. If left unaddressed, they could impose lasting damage to our planet. Therefore, scientists are hard at work trying to find a solution.

You may be wondering: What does this have to do with industrial equipment manufacturer Cummins (NYSE:CMI)? Within the company’s vast portfolio, Cummins specializes in standby and portable generators. Running on natural gas or propane, Cummins home generators features an eco-friendly profile while delivering reliable backup power.

Fundamentally, this is significant because of the power disruption risks associated with heat waves. A few years ago, for instance, several California residents learned the hard way what dependency on an overtaxed power grid can do. Therefore, Cummins could attract new demand, especially after the most recent heat wave to hit the Golden State.

As a nuclear power specialist, Cameco (NYSE:CCJ) doesn’t seem like a great idea for blue-chip stock picks. Politically and ideologically, the energy narrative focuses mostly on renewable sources. Further, the underlying uranium commodity has a negative reputation. While Cameco spends plenty of money evangelizing the benefits of nuclear power, the public perception remains.

However, what could really get folks to reconsider their stance on uranium is scientific reality. Essentially, one uranium fuel pellet features the same energy potential as 17,000 cubic feet of natural gas. Or, it’s the equivalent of 149 gallons of oil or one ton of coal. Put another way, uranium features incredible energy density. No other source comes close.

Should the aforementioned geopolitical crisis worsen, then global hydrocarbon sources could be effectively held hostage. Going nuclear may represent a viable alternative, especially for resource-dependent nations. Overall, this potentially shifting sentiment bodes well for CCJ being one of the best blue-chip stock picks to buy.

Back when the coronavirus pandemic first erupted, consumers simply could not find Clorox (NYSE:CLX)-branded disinfectant wipes. Those products and toilet paper practically became gold bullion. Of course, nowadays, the narrative has cooled down. Still, CLX has turned into one of the better blue-chip stock picks over the trailing six months, gaining nearly 17%.

Probably, some of the earlier demand this year stemmed from monkeypox infection fears. While getting Covid-19 isn’t anyone’s idea of a fun time, monkeypox symptoms are frightening. Therefore, a motivation exists to buy Clorox products, making CLX a relevant idea among blue-chip stock picks.

Further, looking ahead to future months, the combination of still-lingering Covid-19 and the flu season may inspire consumers to take extra precautions. Some epidemiologists sounded the alarm about a “twindemic,” or the Covid-flu onslaught. Having learned the lessons from the past, people just might wise up and go to Clorox before the wave.

While a cynical idea among blue-chip stock picks, Raytheon Technologies (NYSE:RTX) nevertheless deserves some consideration. As you may know, in its joint venture with Lockheed Martin (NYSE:LMT), Raytheon played a major role in the Ukraine crisis with the production of the Javelin anti-tank missile system. In addition, Raytheon develops the Stinger anti-aircraft missile. Ukrainian forces used both systems with great effectiveness.

Recently, major news outlets report that Ukraine’s counteroffensive on the northeastern front yielded significant successes. After months of slogging into a war of attrition against a much-larger enemy, Kyiv demonstrated a real sign that it could repel Russian invaders. If so, this could inspire greater arms sales to the war effort, putting money into Raytheon’s pockets.

Also, the effectiveness of these weapons for an international audience so to speak speaks volumes about Raytheon’s product quality. It could lead to greater demand for its defense systems, making RTX one of the blue-chip stock picks to buy. 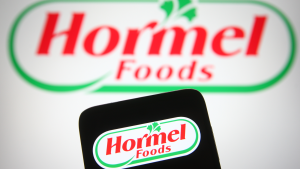 Finally, the case for Hormel Foods (NYSE:HRL) as one of the blue-chip stocks to buy comes down to fundamental relevancies — nothing more, nothing less. Obviously, food companies make for an excellent case in the equities sector because we all have to eat. However, this fact imbues companies like Hormel with added relevance.

Under an inflationary cycle, the dollar loses value tomorrow. Therefore, it’s better to buy products today, all other things being equal. Under a deflationary cycle, the opposite is true. The dollar rises in value tomorrow. Thus, it’s better to save money today. Such a backdrop explains why market downturns present so much frustration. For the investor, sitting on cash effectively yields a risk-free positive return.

However, what can’t you abstain from? If you guessed food, you now know the reason why I highlighted Hormel as one of the blue-chip stock picks to consider. Whether the market is inflationary or deflationary, people will still buy nutritional sustenance.